Matt would have been 36 this summer, and I’m sure most remember that was also his high school football number.

As I watch this, I am reminded how much Matt enjoyed life, and how much fun it was to be around him. I definitely miss him, and I wish we all had more time with him.

Back in 1999, my cousin David helped me put this film together, with actual hardcopy photos and a camcorder! It took quite a bit of time to do without all the fancy tech we have today.

It was shown once to my graduating class, and I remember one copy was given to Matt’s family, but other than that, I doubt many people knew it existed.

Well, I recently had a number of VHS tapes digitized, including this. Thinking about this video and the anniversary, I thought, “can I make this even better now?” So I thought I’d give it a go.

What you see is a remastered version of the original: both the sound and picture have been enhanced.

There are many people who knew and loved Matt, and dozens that are featured in the video. It’s wonderful that we have the tools now to share something like this so quickly and easily.

I hope you enjoy remembering Matt as much as I do.

Songs used (same in the original):

PS: For those who didn’t know Matt, he was a neighbor, friend, and classmate who passed away suddenly from meningitis in 1997, at the age of 15. He was healthy and in school on Friday, and gone on Sunday. It was a big deal for our small town, and he left quite a void in our lives. His energy and spirit were infectious. It was unbelievable at the time, and it’s still sad that he was gone so soon. I put this together as a way to always have him in my life. 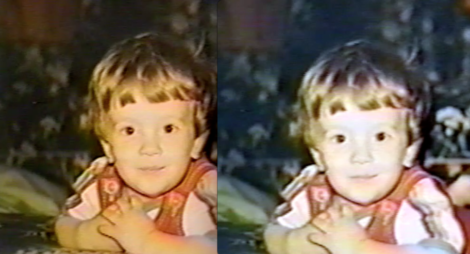