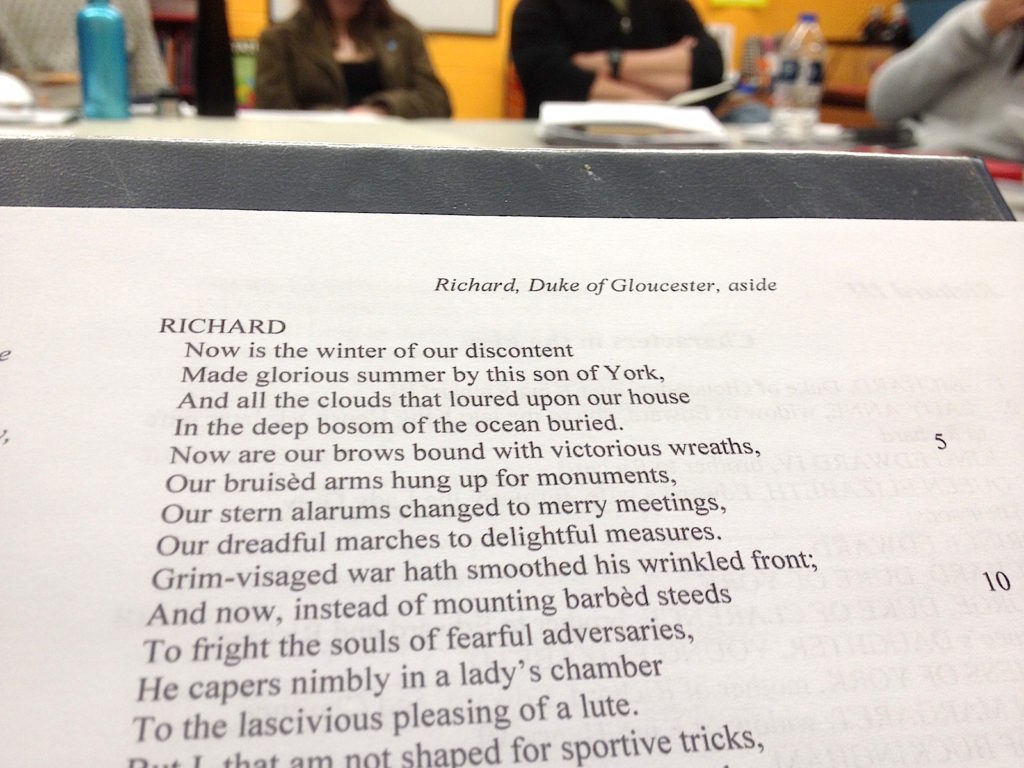 I’m both excited and terrified to share that I’ll be playing RICHARD (one of the original bad boys of theatre!) in William Shakespeare’s Richard III this June, outdoors at Indian Boundary park in Chicago with Fury Theatre.

This is the same company I worked with as text coach for their youth production of Henry V this past winter, though I still auditioned like everyone else. It was actually my first audition in several years, and everything just lined up. It’s easily the biggest acting challenge I’ve ever had. Holy cow!

Somehow, it’s been 10 years since acting in a full Shakespeare production (Proteus in Two Gentlemen of Verona and Oswald in King Lear) with Kingsmen Shakespeare Company in Thousand Oaks!

It’ll also be 9 years since my first involvement with the play, at the 2008 Antaeus Theatre Company Classicsfest – with Armin Shimerman directing, JD Cullum as Richard, Bill Brochtrip, Anne Gee Byrd, Kitty Swink, Michael Reilly Burke, and many more wonderful people. I played the Second Murderer back then, so it’s a bit of a jump here to the big leagues! Ha.

When I read the play recently, I found it so accessible, and was utterly fascinated with the psychology of Richard: what *truly* is at the root of his actions, and can he be utterly relatable, rather than completely villainous? I also love working on the text. #nerdalert

I still can’t believe all that lies ahead of me, and yet I’m excited to tackle it. Olivier, McKellan, Rylance, Spacey – gotta admit: I’m a bit intimidated being in this company, wondering if I’m outta my league.

If you're new here, I'm the guy who wrote/shot/spoke the above. I like baking bread, practicing Shakespeare, tinkering on websites, and feeling guilty for watching a lot of movies. The full story is over here.

What others are saying

What do you think? Cancel reply

This site uses Akismet to reduce spam. Learn how your comment data is processed.